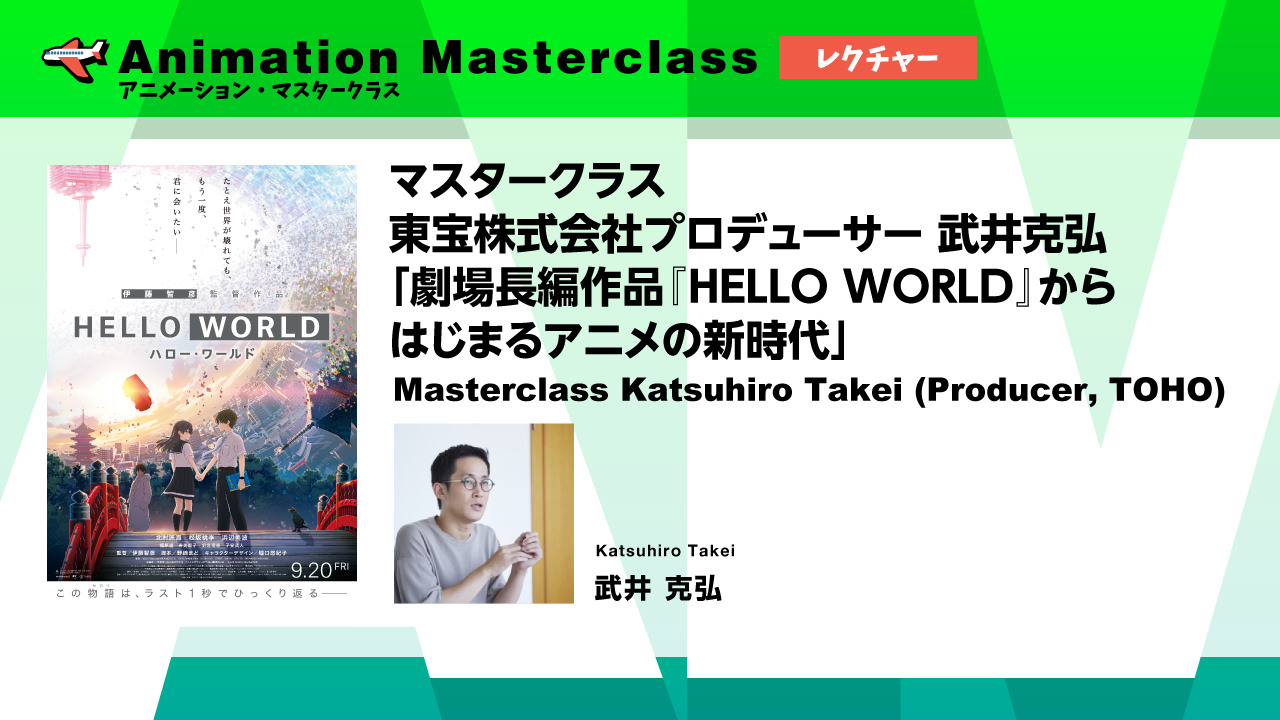 Katsuhiro Takei, a producer from Toei and also a member of Project that was founded with Kiyotaka Waki (Orange) as a unit, talks about the planning and producing of Anime. What is the role of a producer? With the example of HELLO WORLD, directed by Tomohiko Ito, this program tries to approach the secret of producing. (Interviewer: Koji Takase) 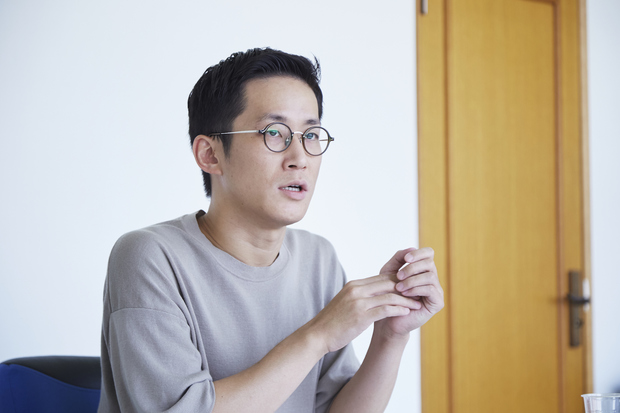 Born on July 9, 1984, in Tokyo. In 2009, graduated from School of Humanities and Social Science, Waseda University. In the same year, joined Toho. Since 2013, he has belonged to the Products & Licensing Depertment, Motion Picture Group in the company. He has been working as a producer for these titles: Himouto! Umaru-chan (2015), Little Witch Academia(2017), The Land of the Lustrous (2017), and HELLO WORLD (2019), which he did planning as well.