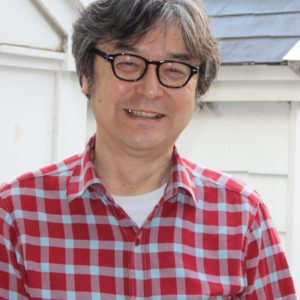 Born in Yamanashi Prefecture in 1957. He had written criticism and reviews for Kinema Junpo, Esquire, Switch, Studio Voice, etc. In the 1990s, he was on the editorial board of Cahiers du Cinema Japon, and after working as editor-in-chief, he established the label "boid" in 1998 to produce and sell videos, books, CDs, etc. Since 2004, he has planned and screened a series of BAKUON screenings (live explosive screenings) at the Baus Theater in Kichijoji, Tokyo, using a live sound system for music. From 2008, Bakuon Film Festival has been held all around Japan even after Baus Theater closed. In 2020, he launched a new label, "Voice Of Ghost" to convey smaller movements and voices. He is the author of the following books: The Movies Are Whispering with Bakuon Sound (published by boid) and How America and the United States Struggled in Film and Rock 'n' Roll (published by Seidosha), and is the editor of Lost in America (published by Digital Hollywood). As a distributor, he recently distributed Parks, John Carpenter’s The Things, and Once Upon a Time in the West. Daisuke Miyazaki's "VIDEOPHOBIA" and Natsuki Seta's "Diorama Boy Panorama Girl" are forthcoming. 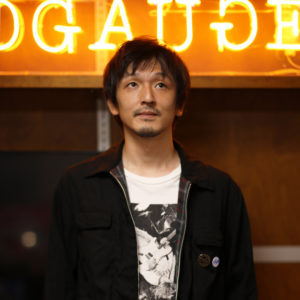 Film director and representative of 10GAUGE, an image production company. He has been involved in a number of films with a focus on the production of trailers for theater productions, PVs for animation, commercials, music videos, and OP/EDs. His main works are the trailers for Your Name and Weather with You, Music Video for LOTTE Pink Valentine, We're Still Underground and Uchiage Hanabi , the opening sequences for Doraemon, Mr. Osomatsu 2nd Season, etc. He won the Art, Color and Video Award in Tokyo Anime Award Festival 2018. Winner of the Space Shower Award 2020 (BEST ANIMATION VIDEO). 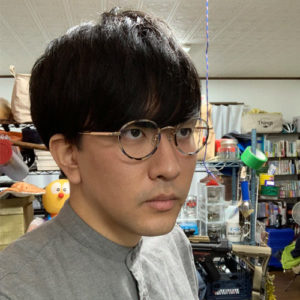 Born in 1993, Kanagawa Prefecture. Belonged to Movie Club at a high school. After the graduation from the Painting department of Tokyo Institute of Art and Design, he became a self-taught animator. As a comic artist, he exhibited his manga work at Comitia 111 in 2015. In 2016, he debuted as a professional comic artist with Keep Your Hands Off Eizouken! (Monthly Big Comic Spirits). In 2020, he debuted as an animator for the Ending movie for the animated adaptation of Eizouken!