Masterclass Talk:
Break into Animation with the Method of Live-action Film

Kenji Iwaisawa, whose first feature film ONGAKU: OUR SOUND won the Feature Film Grand Prix at Ottawa and was released not only in Japan but also in several countries around the world, studied under the live-action filmmaker Teruo Ishii. For him, the path to complete ONGAKU: OUR SOUND, which uses the rotoscoping in a unique way, was a process of trial and error as he explored how to make a “film” with the method of animation. In this talk, he will talk about his career that took the road less traveled. 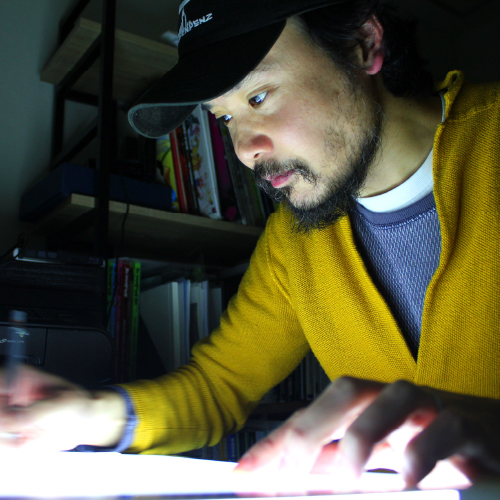 Born in 1981 in Tokyo. After graduation from high school studied with director Teruo Ishii starting from feature film production then moving on to animation. First animated work “Fukuraicho man in the tunnel maze” was completed in 2008. His first independent feature animation “On-Gaku: Our Sound”, which it took seven and a half years for him to complete, was released in theaters on January 11, 2020 and screened in many theaters in Japan for 9 month.